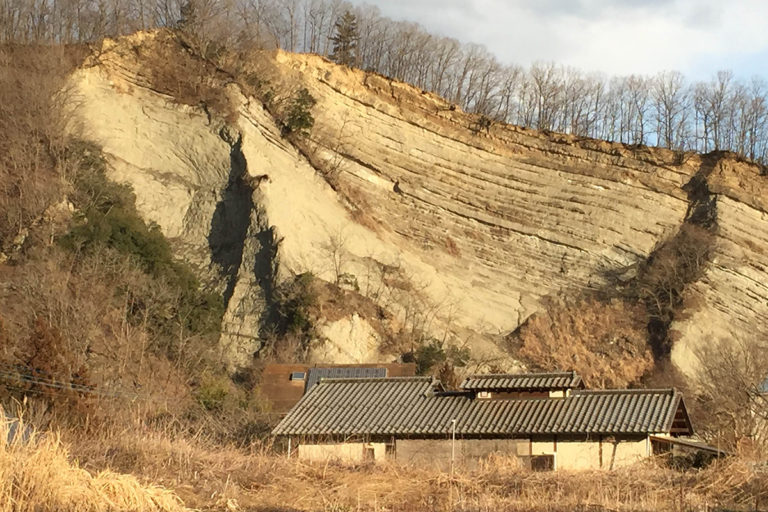 You can see the stratum when Paleo Chichibu Bay, which existed about 17 million to 15 million years ago, was still a shallow sea. Many fossils have been excavated in this location giving testament to the fact that this was a rich habitat of marine creatures back when it was part of the sea. Yobake is a large outcrop that is representative of Chichibu, and it has been designated as a national natural monument and selected for the Geology 100 Selection of Japan.

“Yo” of Yobake refers to “Taiyo” or sun, and “bake” refers to “gake” or cliff in Chichibu. Yobake thus has the meaning of “cliff shone under the sun,” and this is how local people called it since the past.