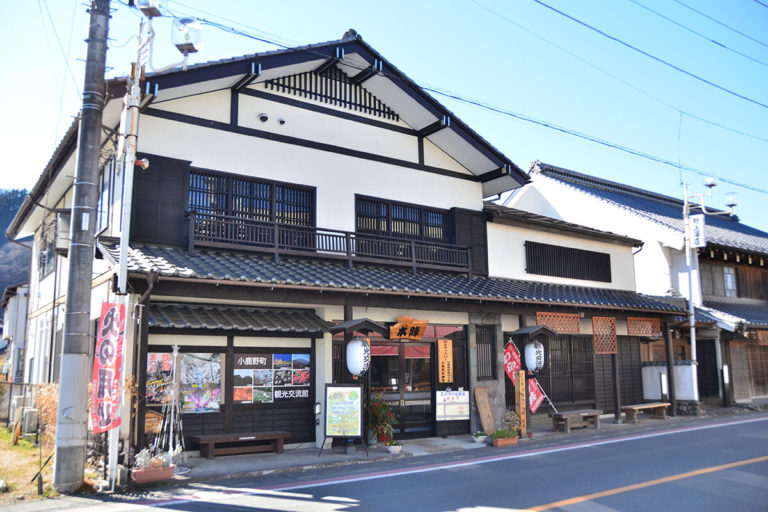 The hall uses the building that had originally been built as the government office of a magistrate in 1716, and it had been turned into a long-established ryokan (inn) where many travelers from long ago had stopped by known as the Honjin Kotobuki Ryokan. Currently, it is renovated into a tourist base facility of Ogano Town.

Kenji Miyazawa, who had been at Morioka High School of Agriculture and Forestry, stayed at this ryokan when touring the Chichibu region to inspect its geological features back in 1916. Materials related to Kenji Miyazawa are put on display, and visitors can learn about his tracks back from that time.