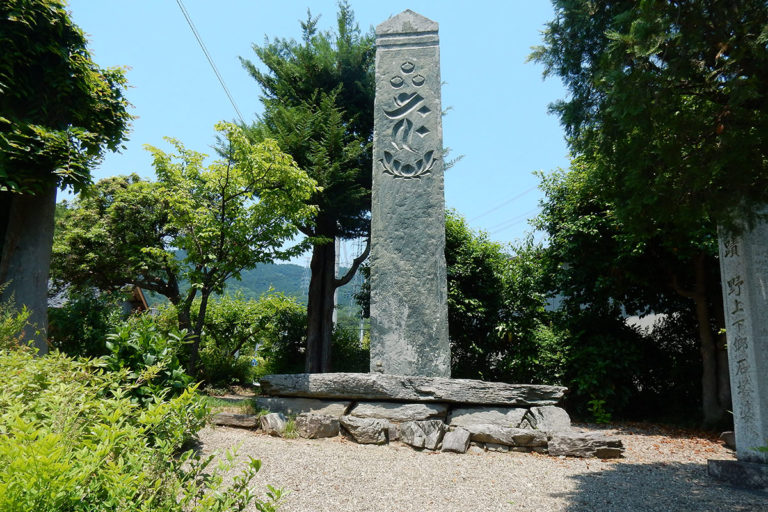 This is Japan’s largest sekitoba (stone stupa) made from a large crystalline schist from Samba River. The stone stupa is said to have been erected as an offering to the lord of the castle located in this place during the Namboku-cho period (in the 14th century). (Nationally designated historic site)

At a nearby mountain there are ruins of a mining site where this stone had been mined. The local stones, which are chlorite-schist, were referred to long ago as Chichibu ao-ishi (blue-green stone) and they were used as stone material in the entire Kanto region since the Jomon period.

Access
Train: Get off at Chichibu Railway Higuchi Station and walk 8 minutes.