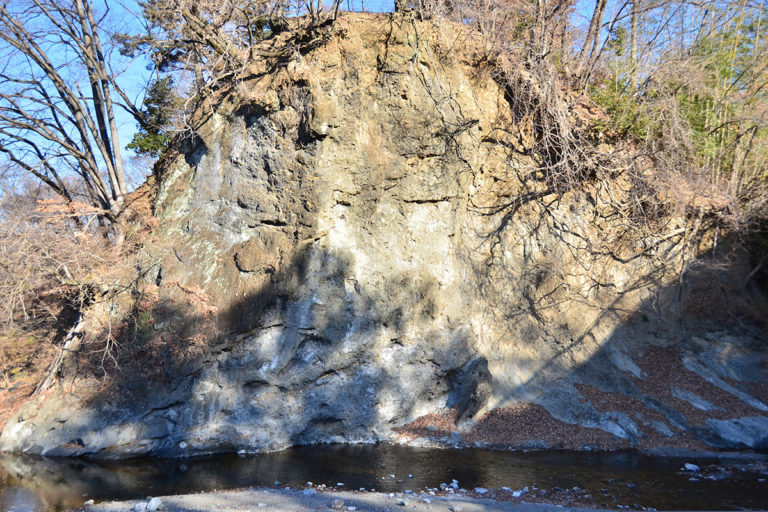 You can see the stratum back from the time when Kochichibuwan (Paleo Chichibu Bay)—which existed in the area of the current Chichibu Basin from roughly 17 million to 15 million years ago—ceased to exist. The conglomerate outcrop is designated as a national natural monument.