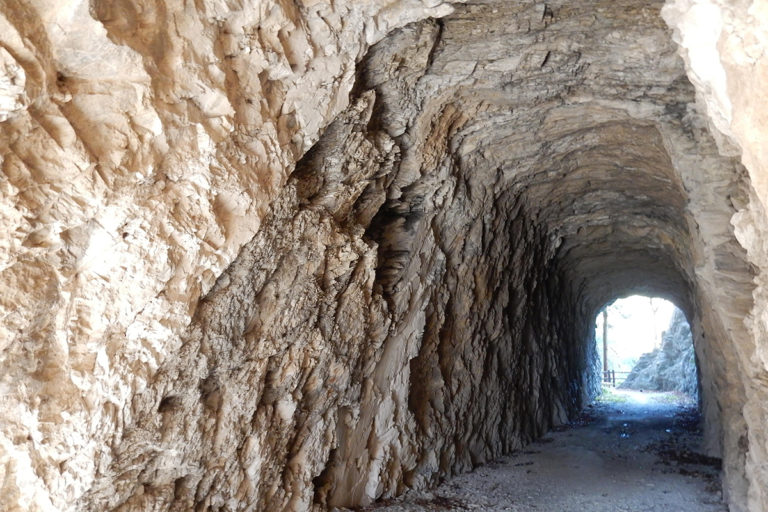 This spot, which is located at the entrance of Otaki District of Chichibu City, forms a rugged terrain consisting of limestone body scattered on the hard stratum of Chichibu belt, and it blocks the passage of people. Here, there is also a hand-drilled tunnel, in which people drilled the limestone body at the end of the 19th century.

The large tunnel is roughly 40m in length and 4.8m in height, and it played an important role as a pilgrimage route to Mitsumine Jinja until a national highway (the current Japan National Route 140) was made in 1921.

Access
Bus: Take the Seibu Kanko Bus bound for Nakatsugawa from the Chichibu Railway Mitsumineguchi Station. Get off at Odahara and walk for around 15 minutes.